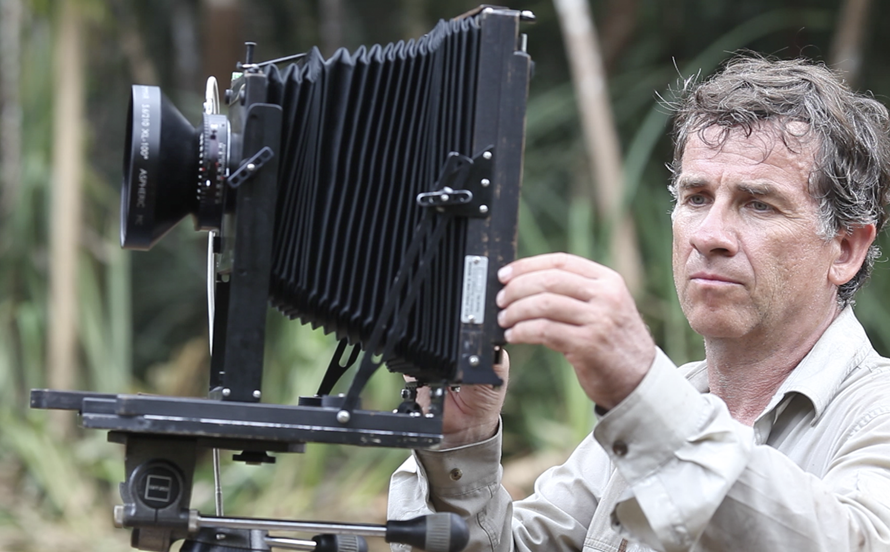 Born 1959 in Travemünde, by the Baltic Sea, Germany. From 1981 to 1986 I was in Augsburg, studying communciation design. Until 1988 I studied philosophy and political science in Munich.

The critical photographic analysis of environmental change in my immediate sourroundings, as well as in Iceland, helped me to develop a finely tuned understanding of landscape and its changes.

My first book, Under the Nordic Light, features landscape photographies of Iceland and was nominated in the category of Best Book at the Recontres International de la Photographies Arles in 2006. For my book Broken Line, I traveled 4000 km in a small dinghy along the west coast of Greenland to document climate change with my 8 x 10 camera. Broken Line was awarded the 2007 German Photo Book Prize.

In 2007 and 2008 my assistant and I went on two expeditions to Greenland’s inland ice and the world’s largest glacier to capture the melting process. During 450 km of hiking I took representational photographs of four glacial rivers—thousands of which now flow through the ice sheet every summer. As part of this project, I was able to accompany scientists to witness them study and measure the ice.

Between 1999 and 2012 I documented the man-made changes in Iceland’s landscape over a period of thirteen years. The results can be found in my second book about Iceland, Under the Nordic Light – A Journey through Time.

From 2008 till 2014 I worked on book titled Reading the Landscape, which discusses the worldwide deforestation of primary forests and the current rearrangement of our understanding of nature.

In my work I combine my personal and artistic approach with documentary intention and socio-cultural questions. Photography should have something to say about the present. Yet, only the eyes perceive the meaning of my work and therefore the viewer is challenged to “read the landscape” with me.

My landscape photographs are presented worldwide at international photography festivals, museums, and galleries, and they can be found in numerous private and public collections. In Germany I am represented by Gallery f5,6; my Austrian Gallery is the Gallerie Ruzicska, and in the Netherlands I am represented by the Wouter van Leuwen Gallery.